Top Posts
Can You Check Yourself out...
40 Veterans Day Quotes of...
Difference Between ADLs and IADLs
25 Best Christmas Prayers: Find...
25 Psalms of Thanksgiving- May...
What Is SNF or Skilled...
Assisted Living Benefits for Veterans
Cognoscopy: What Is It and...
Getting Along with Assisted Living...
Healthy Weight Gain for Seniors:...
Resources for Independent Living: A...
Difference Between Palliative Care and...
Prevent Falls in Dementia Patients:...
37 Witty Super Bowl Jokes...
Using A&A Veteran Benefits for...
How to Choose Senior-Friendly Travel...
Christmas Gift Ideas for Seniors
Save Money on Independent Living...
Live with People with Dementia:...
Know Everything about Medicare and...
Home » Culture and Lifestyle » Activities & Crafts for Independence Day
Culture and Lifestyle

Independence Day – or the Fourth of July – is a patriotic holiday to the Americans worldwide. Celebrated annually with gusto on July 4, it is one of the most significant holidays in the US. Maring the publication of the Declaration of Independence from Great Britain in 1776, Independence Day celebrations include patriotic displays, parades, fireworks, family events, and other activities organized throughout the United States on the 4th of July. Besides schools and colleges, most of the offices also remain closed during this Federal holiday. If the 4th of July is on a weekend, then the previous Friday or following Monday will be a holiday.

History of the Independence Day

During the second year of the American Revolutionary War in July 1776, 13 North American colonies of Great Britain voted to announce themselves independent from the kingdom. Thus, the grand county of the independent United States of America was born. Even though this incident took place on the 2nd of July, it was two days later, the 4th of July, that the Declaration of Independence was signed. Since that year of 1776, Americans have celebrated the day with deep joy and respect.

From 1812 onwards, the 4th of July gradually became the most important secular holiday for the Americans. However, July 4 was not declared a paid federal holiday before the 20th century.

Croatia was the very first country to recognize the United States in 1776 – just a tidbit.

Festivities of the Fourth of July

Just like the signers of the Declaration pledged their vows to secure American independence in 1776, the 4th of July remains a day for making a commitment to the country.

Many families display the national flag of America outside their homes or buildings. Some families arrange small picnics where they have barbecue parties. Watermelon and hotdog eating competitions are also quite common.

Many sports events are arranged throughout the country. You can also see fireworks from all the communities. Some even make it a point to take a vacation to spend the day in some beaches or resorts. All these activities beautifully manifests the vibe of this historic day.

The national monument that is highly associated with Independence Day is the Statue of Liberty. In 1876, France gifted this historic sculpture to America to commemorate American Independence’s hundredth anniversary. Reading about the beautiful story of this monument is another thing you should do on this Independence Day. 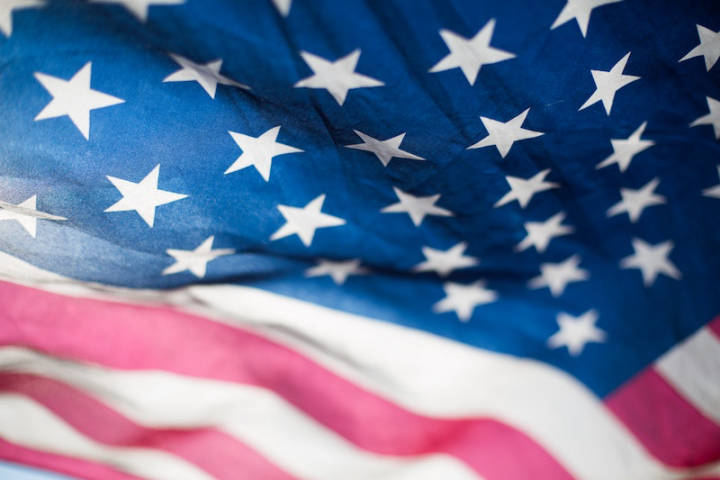 These will be more than enough. Patriotic paper chains, teddy mascots, snack pots, star wreath, pinwheel rosettes, tissue paper firework banners, and paper flags are a lot of craft options to give your house a patriotic decoration.

After you are done with the 4th of July crafts and decoration, you can start baking the cake that can serve as the centerpiece to your perfect patriotic crafts and décor.

Find a gallery of clear and straightforward craft ideas for the 4th of July at the end of the article.

Seniors have a deep emotional attachment to this historic day. It will highly delight them to participate in any of the arrangements to commemorate the day. Apart from taking them to the parades or festivities of the 4th of July celebrations, there are other inspiring things you could introduce to them. Happy 4th of July to all the seniors out there who have contributed to making this a country we pride ourselves on!

Another exciting 4th of July activity for adults is the “Red, White, and Blue Concentration” Game. It’s a simple group game where everyone gets 5 seconds to announce a red, white, or blue object in the sequence. The game is perfect for the senior as it incorporates faster mental processing and concentration.

These ideas mentioned above include both indoor and outdoor games for the seniors. However, when you decide to go outdoors, make sure you bring sufficient food, water, and a portable chair for them to rest and stay energized during the activities.

This 4th of July celebrations and fireworks might be somewhat limited or have a different look due to the distancing concerns regarding the Covid-19 situation. However, you still have all the opportunities to show how much you love your country.

Wishing you all a very Happy Independence Day 2020!

Check out similar articles for Memorial Day or Veterans Day.

Andrew Frank is a freelance writer who loves to share meaningful ideas through his writing. An Avid Reader. Soccer Aficionado. Fitness Enthusiast.

Things to Remember When Visiting Seniors during the...

Internet for Seniors: How to Teach Them to...

How to Choose Senior-Friendly Travel Destinations

Celebrate with Aging Parents: Here’s How to Do...