Top Posts
How To Convince Parent to...
The Ultimate Guide to Estate...
Everything You Need to Know...
A Guide to Different Types...
7 Different Types of Wills...
Different Types of Senior Independent...
Finding Independent Living Facility: 8...
When Is the Right Time...
Healthcare Coverage Options for Military...
7 Tips to Easily Adjust...
Seniors Guide to Staying Healthy
Can You Check Yourself out...
Difference Between ADLs and IADLs
Best Super Bowl Jokes and...
40 Veterans Day Quotes of...
Veterans Benefits Guide to Long...
Memorial Day Activities for Seniors
What Is A Cognoscopy and...
What Is SNF or Skilled...
Difference Between Palliative Care and...
25 Best Christmas Prayers: Find...
Senior Dental Care Tips
Resources for Independent Living: A...
Healthy Weight Gain for Seniors:...
25 Psalms of Thanksgiving- May...
Getting Along with Assisted Living...
Activities of Daily Living- Everything...
Assisted Living Checklist: 25 Questions...
Know Everything about Medicare and...
How to Choose Senior-Friendly Travel...
Christmas Gift Ideas for Seniors
Home » Health and Fitness » Recognizing Alzheimer’s: the Eyes Could Provide Early Signs
Health and Fitness

Last Updated on October 5, 2021 by ashley.davis

There are several kinds of dementia. The most common of which is the chronic disease called Alzheimer’s. Through early detection of chronic diseases, you can take appropriate steps to help alleviate symptoms and slow their progression. Research indicates that early signs of Alzheimer’s are in the eye and recognizing Alzheimer’s is possible through an eye test. Alzheimer’s may affect the eyes long before any other symptoms occur. For this reason, it is essential to explore this point further.

Is It Possible Recognizing Alzheimer’s from Eye Problems?

Alzheimer’s is a progressive disorder that causes significant damage to the brain. The brain controls many vital functions in the body, including vision. Since it can cause numerous ocular defects, visual impairment is one of the first warning signs of Alzheimer’s.

Often, those with Alzheimer’s can’t identify the objects that they see. Experts say that the eyes can see the thing as it is, but their brain misinterprets it.

Alzheimer’s patients find it difficult to distinguish different colors from one another. This is especially true for colors in the blue-violet range. Contrasting colors are needed to simplify daily tasks.

Damaged peripheral vision is a common occurrence in those with Alzheimer’s. They typically have a progressive decline in side-vision. There will be a big chance that the person might not see objects to their sides, making them prone to accidents.

The ability to see the world around us in three dimensions is referred to as depth of perception. Alzheimer’s patients may be unable to distinguish between flat objects and three-dimensional objects. For instance, they may be unable to see a white plate on a white table. They would only see a flat, white surface.

Alzheimer’s patients may lack spatial awareness. Judging how far an object is would prove to be problematic. They may reach for an item that is in front of them and miss it entirely.

How Does Alzheimer’s Affect Vision?

The brain, which is connected to the eye by the optic nerve, controls the eyes’ functioning. Both the optic nerve and the retina of the eye are brain tissues. When dementia damages the brain cells, there would be adverse effects on vision.

Visual information travels from your eyes to the brain, which then interprets the images. Many factors play a role in how images are interpreted. This includes memories and thoughts, which are affected by Alzheimer’s.

Can You Tell if Someone Has Dementia By Their Eyes

Unfortunately, there’s still no eye test available for recognizing Alzheimer’s. There is also no vision test that can definitively diagnose the disease. However, studies have shown that there are structural changes in the eyes of those with Alzheimer’s. This includes an increased macular retinal nerve fiber volume, a narrower retinal nerve, and a change in how the retina reflects light.

Which Eye Conditions Increase Your Risk for Alzheimer’s?

Research shows that glaucoma, age-related macular degeneration, and diabetic retinopathy are associated with a 40-50% increased risk of Alzheimer’s. There are specific shared characteristics between Alzheimer’s and these ocular disorders. This includes progressive neurodegeneration, amyloid-beta deposition, as well as chronic microvascular insults.

What Can I Do to Preserve My Vision?

Eating an antioxidant-rich diet, managing conditions that affect your vision, and wearing protective glasses are vital in preserving your vision. It is advised to get a comprehensive eye exam every two years and more often if you have already experienced visual defects. When having vision problems, consult your ophthalmologist.

Although the exact cause of Alzheimer’s is unknown, we know that it dramatically affects the brain’s functioning. It results in a progressive deterioration in memory, thinking, and reasoning skills. There are ten early signs of Alzheimer’s that some may assume as ordinary age-related changes in seniors. They are as follows:

Patients with Alzheimer’s often forget recent information, events, and important dates. They also tend to forget the names of colleagues, friends, and loved ones. Other symptoms include repeating the same question or information without realizing it.

2. Challenges in planning or solving problems

Those having dementia often have difficulty concentrating. In our day-to-day lives, there are always problems and challenges which arise. Careful planning is often needed to resolve issues and achieve set goals. When you have Alzheimer’s, it becomes increasingly difficult to do this.

This may include activities such as cooking your favorite meal, driving to a familiar place, or recalling the words to a favorite song.

4. Disorientation to time or place

Alzheimer’s may cause you to lose the passage of time altogether. This includes dates, seasons, and even years. In addition to this, you may find yourself in a place and not recall where you are or how you got there. When these symptoms progress, it is often advised to consider moving to a Memory Care facility to ensure your safety.

Visual impairment is a nonspecific symptom of Alzheimer’s. Thus, they could be entirely unrelated. However, it is essential to note that Alzheimer’s Disease does appear to result in several changes to your eyes, as mentioned.

People with Alzheimer’s often find themselves having to stop in the middle of a conversation because they may forget the right word or lose their train of thought. They may be entirely unsure of how to continue.

7. Misplacing things and losing the ability to retrace steps

Those who have Alzheimer’s misplace things, or they may be unable to find them. They might not be able to retrace their steps and even accuse others of stealing the item.

Alzheimer’s can also result in poor decision-making ability, which may be evident in financial choices. Examples include donating large amounts of money or having debt that they cannot pay. Those with Alzheimer’s are also not concerned with their appearance or personal hygiene.

Alzheimer’s patients typically have difficulty taking part in conversations and find it hard to hold or follow a discussion. For this reason, they often withdraw socially.

10. Changes in mood and personality

Those with Alzheimer’s often feel confused and agitated, which may lead to aggressive behavior.  Depression is also a concern for these patients. 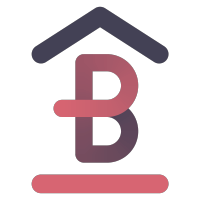 1. Alzheimer’s causes significant damage to the brain, which then results in visual impairment.

2. Alzheimer’s may affect the eyes long before any other symptoms occur.

3. Eye conditions like glaucoma, age-related macular degeneration, and diabetic retinopathy can increase the risk of Alzheimer’s.

Once you start to notice one or more of these signs in yourself or a loved one, you may feel uncertain about what to do. You might even feel too scared to admit it. However, it is vital to voice your concerns. Recognizing Alzheimer’s earlier is the fastest way you can get appropriate help to manage the condition and delay progression. The more informed you are, the better you can control what happens in the future.

A clinical pharmacist and freelance writer with a passion for research. Graduated with a doctorate in Pharmacy.

What’s a Nursing Home Administrator and How Can You Become One?

How Dementia Kills You: Answers to the FAQs

COVID Vaccination for Seniors: What You Need to...

Exercises for Seniors to Stay Fit

Asthma in Seniors: Ways to Deal with It